The piano by ED

This is an extract from the piano.
It was John~ his brother ~ he was attacking the overpowering Germans: he was to save hostages from the burned down HQ. Gunshots...blood...explosions... he was livid. The old frail man knew where he was ~ it was the death-thirsty bomb site. John , who was brave and strong , jumped out from behind the dilapidated building.Bang!...He was shot. The old man~ the medic~ said soothingly " stay strong brother!" "Please!" Should he shouldn't he pull the bullet from his tender chest? He did. But the last words were already spoken " cherish every day and every night." His stone grey eyes turning black, his green uniform now red with blood. He was surrounded by the pool of midnight red. Every other soldier accepted his death; apart from the old frail man, who was full of emotion. Although the others left him to die, the old prayed on his brothers body... That night he had cried himself to sleep. Even though he is dead; he still lives on in his heart. 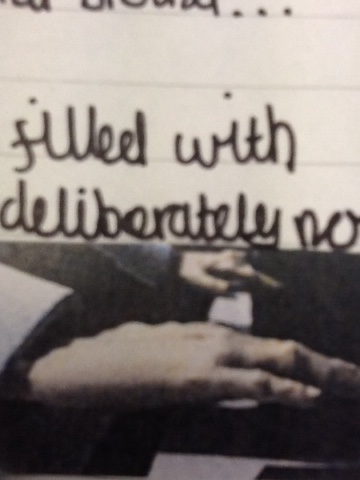 Comments are all checked before they go live onto the blog, so please be patient.